The doorbell rang. “Do you have a shaggy Siamese?” Basil Pussy Willow had one fatal flaw: he 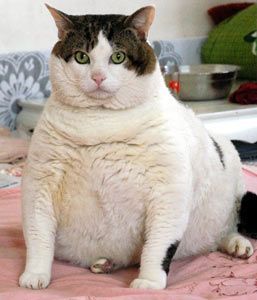 loved cars. Not riding in them, but hiding under them. A neighbor directed me to where my Himalayan kitten lay on the street, killed instantly by a passing car. Heartsick, I buried the mischievous darling after just recently completing all his shots and having him neutered.

What followed was endless recrimination over allowing him to escape outside that night, coupled with an intense yearning to hold and nurture a kitten. There would never be a kitten quite like this one, so named because of his ability to perch upon a vase of pussy willows without toppling the vase.

Reading every ad for kittens, and visiting every breeder in town starting in May, I turned down several Siamese and Himalayan kittens who were either not healthy or did not have the right personality. One day I visited a woman who lived in a hexagonal house in the foothills of Montecito. She had crossed a Himalayan with a Snowshoe Siamese. One kitten was especially affectionate and had no fear of dogs, an essential prerequisite for me. “Will he grow to be a large cat?” I asked.

“Oh, no. Look at the parents. None of my cats ever grow to be much over eight pounds.” This was reassuring, since I already had Spice, a fourteen pound cat, and preferred one who would remain diminutive.

I named my new kitten Basil after his predecessor, but dropped the “Pussy Willow” sobriquet. Basil bonded instantly with Ginger, my gentle old Golden Retriever. He mistook me for his mother and developed the peculiar habit of sucking on any part of my anatomy or clothing that was accessible to his hungry mouth. He soon found his customary spot on my computer chair as well as on the keyboard.

Unexpectedly, I got a call from the breeder of my first Basil. I went to look at the litter and was attracted by the smallest female, a blue point with intense cerulean eyes that dominated her tiny face. Basil was born on March 12th, these kittens on April 1st. The day came for me to take Jasmine home to what must have been a nightmare for her. Basil mistook her for a small white mouse and chased her relentlessly all over the house. Jasmine easily fit under sofas and would stick out a paw taunting: “Ha ha. You can’t catch me now.” Shortly after Basil was given a toy white mouse he understood that Jasmine was not a mouse but a much smaller kitten.

Before Jasmine’s first birthday she gave birth to four kittens. I had been warned that male cats may injure or even kill their own kittens, so initially I kept Basil at a distance. However, he prevailed in his insistence on visitation rights, and soon took turns with Jasmine in gathering the brood around him, licking each one with tender affection.

His affection toward Jasmine undiminished by her “delicate condition,” he was both a model husband and father. That is, until Jasmine came into heat again while still nursing the kittens. Keeping him away from her became my highest priority. Then one night Basil graced me with his greatest compliment: a warm spray of male hormones! That did it. Basil was to be a father only once.

On the examination table Basil was as affectionate toward my veterinarian and the staff of the Montecito Animal Hospital as toward all human beings. “Spice is a large cat, but this one has got to be ‘The cat that ate Montecito’,” exclaimed Dr. Shaw.

While Basil’s surgery stopped him from pursuing Jasmine, and thankfully from any further spraying, it did not diminish his affection toward the kittens. A child bride, Jasmine was barely distinguishable in size from the kittens by the time they were six weeks old. Basking in the admiration of the kittens crawling all over him, Basil seemed only to lose his lean muscular build, melting into rotund maturity.

Fast forward nine and a half years. Basil drapes himself luxuriously over my legs, his ample body pouring into every crevice. As I write on my laptop computer, I have only hundreds of photographs to recall Basil’s former sleek athletic build and to attest to this miracle of feline love.

Cat food distributors perpetrate the image of finicky cats. Obesity, however, is the number one disorder afflicting middle-aged American cats, as well as their human counterparts. It is a silent killer, often leading to heart disease, cancer, diabetes, or kidney failure. Loving Basil as I do, I feel cruel denying him the food he so desperately craves, but controlling his food intake is the only way to curb his explosive growth. Unlike dogs, who may become overweight due to hypothyroidism, cats only become overweight due to excess eating and lack of exercise. Leashing Basil and taking him for a walk in the park was a dismal failure. He plopped flat on the grass and wouldn’t budge.

At his fattest, Basil weighed twenty-five pounds, and I was unable to encircle his neck with both my hands. “Can you shrink his stomach?” I asked Dr. Shaw.

“No, you’ll just have to control his eating meticulously,” laughed Dr. Shaw at my naïve suggestion. A gradual weight reduction was essential, since a pronounced weight loss over a short period could have adverse consequences.

Today, after years of discipline (on my part) Basil weighs twenty pounds and is starting a new restricted-calorie prescription food. Curbing a cat’s overeating is infinitely compounded in a multiple-cat household. Sharing my home once with four cats and Ginger, I now have only Genevieve, Ginger’s successor, and Basil and Jasmine. At fifteen, Spice succumbed to a stomach tumor whose growth was exacerbated by hyperthyroidism, for which I medicated him. Coco, the Balinese cat who shared the final year of her life with me after my mother passed on, died of kidney failure six years ago.

“Jack Sprat can eat no fat, his wife can eat no lean,” describes my current cat household in reverse. Jasmine periodically refuses to eat, and has twice recently suffered such profound weight loss and dehydration that I was sure I would lose her. Happily, today she weighs six pounds twelve ounces, her normal weight, up from four pounds twelve ounces just two months ago. While I hand-feed Jasmine everything from human canned salmon to home-cooked chicken breasts and cajole her into eating with constant petting, I carefully measure Basil’s ration of prescription food and place it on a three-foot counter. I marvel at the way he vaults his hulk onto the counter to devour his food. I’ve been advised to feed him many smaller portions, even using techniques such as hiding the food and making him find it. Constant vigilance to prevent Basil from steeling a morsel Jasmine leaves uneaten, and protecting Jasmine from her marauding admirer while she eats are my highest priorities now, as I truly learn what it means to be owned by cats.

*Note: Basil became diabetic, as a result of his obesity. He lived two more wonderful years, until his liver failed tragically on August 5, 2002.

Important Disclaimer: The stories and information on this site are not meant to diagnose or prescribe for you. If you or your pet has a medical problem, you should consult your medical doctor or veterinarian. The ideas and information on this site have not been endorsed or approved by the FDA. In no event shall the owners of this website be liable for any damages whatsoever resulting from any action arising in connection with use of this information or its publication, including any action for infringement of copyright or defamation. The decision to use, or not to use, any information is the sole responsibility of the reader. Opinions expressed here are those of individual contributors. This web site does not verify or endorse the claims of contributing writers.

The Difference Between Cats and Dogs