According to the Huffington Post, 88% of corn now grown in the U.S. is genetically modified   (GM).  Why should pet owners be concerned about this?  Well, scientists performed studies on 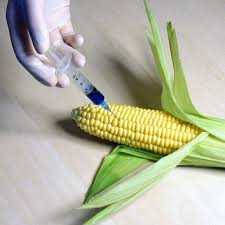 rats, and after feeding genetically modified corn to them for 90 days, they found it caused significant kidney and liver disease and also had a negative effect on other organs, including the spleen and the heart.

As if that weren’t enough to ward pet owners away from foods containing GM corn, a more recent study was completed at the University of Caen in France.  Rats were fed a diet containing GM corn for two years.  (Monsanto’s Roundup-tolerant GM corn NK603 which is the same GM corn that’s grown across North America and widely fed to animals and humans)  This long term study gave a more realistic view of the risks of GM corn.  Rats in the study not only developed higher levels of cancer and died earlier than rats on a standard diet, but they also developed severe kidney and liver damage and mammary tumors (shown in the pictures above).

How Are Foods Genetically Modified?

The idea is that the addition of this gene will impart to the food some desirable trait. The problem is that technology is not advanced enough to control where the splice ends up within the food DNA. The desirable traits may be transferred, but in all probability, some of the food’s natural traits will be changed. That change may or may not be desirable. The genetic splice may prevent the food from making an essential vitamin or protein. Or the splice may cause the food to make undesirable and even toxic compounds.

These uncontrolled outcomes are cause enough for concern.  But to make matters worse, the biotech industry has spliced into food a gene from a bacterium (from the anthrax family of bacteria!) that makes a toxic poison – a major cause for concern.

This bacterium, bacillus thuringiensis (Bt-gene), makes a poison known as the Bt-toxin.  The biotech industry spliced this gene into corn and many other foods so that they could manufacture the Bt-toxin into every cell of the plant.  Since the poison is placed inside the cells, it cannot be washed off.

If an insect eats any part of the plant, the Bt-toxin will split open the insect’s stomach and kill it. But this same toxin also affects all mammals, including humans and pets.  And the potential health hazards are downright scary.

The Bt-toxin produced in GM corn triggers immune system responses.   This plant-produced version of the bacterium is thousands of times more concentrated than the natural form of the bacteria, and it is designed to be even more toxic.  It is so toxic, in fact, that it fails the World Health Organization’s allergen screening tests.

Moreover, the toxin flows through the blood, and studies show that in mammals, it passes through the placenta into fetuses.

Dr. Michael W. Fox, a veterinary consultant and author of the newspaper column, “Animal Doctor”, receives thousands of letters from pet owners across the U.S.  They keep him informed about health problems and experiences with veterinarian treatments.  Based on research and all of the correspondence he has received from pet owners, Dr. Fox summarized his beliefs about the health affects of GM foods: 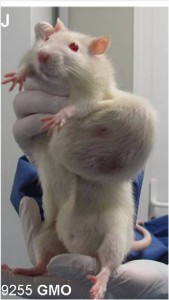 eating, and before I had the evidence based medicine of recovery following removal of genetically modified (GM) corn and soy from their diets, I considered other possible factors. Causes or co-factors which might contribute to this cluster of common companion animal illnesses include: adverse vaccine reactions (vaccinosis); genetic factors, especially in pure breeds and their hybrids; agrichemical and food animal drug residues contaminating pet food ingredients. In my assessment, while any of these co-factors might be involved, there had not been any significant change in this ‘background’ because there had been no significant changes to my knowledge in vaccination protocols, animals’ genetic background or in the commonly used agrichemicals and farmed animal drugs.

These animals were suffering from what attending veterinarians were diagnosing and treating as allergies, asthma, atopic dermatitis and other skin problems, irritable bowel syndrome, inflammatory bowel disease, colitis, recurrent diarrhea, vomiting, indigestion, along with abnormalities in liver, pancreatic and immune system functions.

It is surely no coincidence that the US Centers for Disease Control and Prevention reported, in Oct. 2008, an 18% increase in allergies in children under the age of 18 years, between 1997-2007. Some 3 million children now suffer from food/ digestive allergies or intolerance, their symptoms including vomiting, skin rashes, and breathing problems. They take longer to outgrow milk and egg allergies, and show a doubling of adverse reactions to peanuts. Dogs and cats, like the proverbial canaries down the mine shafts, have become our sentinels alerting us to health hazards in the home-environments we share and in the products and by-products of the same agribusiness food industry which feeds most of us and them. In my professional opinion there is sufficient proof from evidence based medicine that dietary ingredients derived from GM crops are not safe for companion animals, and by extension, for human consumers either.”

With the increasing amount of toxins present in our food supply, it is important to know the ingredients in our foods.  But currently manufacturers are not required by law to disclose whether their ingredients are genetically modified.

There is a growing grassroots movement pushing to have mandatory GMO labeling laws passed.  Labels listing accurate food ingredients would give consumers the necessary information to make informed decisions regarding whether to purchase foods containing GMO’s.

If you would like more detailed information about genetically modified organisms, please visit The Institute for Responsible Technology website:  http://www.responsibletechnology.org/

For high-quality pet food and treats that are free of corn, soy, wheat and toxic chemical preservatives, click here.

Hearing and Your Pet